These CDs can be used on PC or Mac platform.
Permission is granted for use of the CD by one individual program director, trainer, or college educator presenting the material in an in-person setting.
For use online or by multiple individuals in one organization (including large early childhood organizations, colleges, and other training institutions), please email requests to [email protected].

This Learning Moments CD (for use on a computer) presents 12 real-life video files that are the perfect compliment to workshops, lectures, and online courses on how young children spontaneously engage in scientific thinking and learning. We know of the young child's curiosity and we believe in the young child's creativity, but where do we see disciplined inquiry - the essence of scientific thinking? If we look closely at young childrenâ€™s play we can identify what children do that is analogous to science.


The Paradoxical Shell
The shell has two contrasting sides, one convex, one concave; one smooth, the other ribbed. Truman uses a series of actions to actually compare the two sides. As Truman rotates, probes, and rubs the white shell, place this thinking both in terms of what he discovers that the shell is and what he determines the shell (or a side) is not. The emergence of the concept "not," as in "not smooth" serves as a foundation for even more abstract thinking.

The Learning Moments Series is produced by Videatives, Inc. 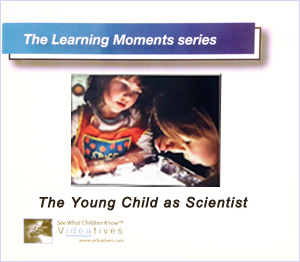 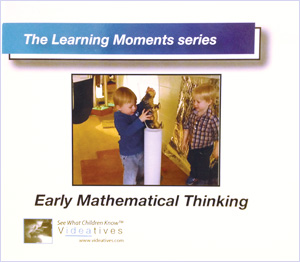 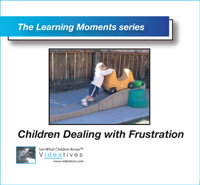 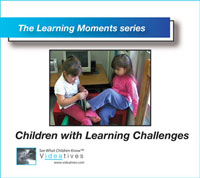 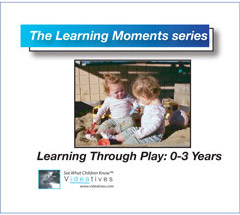 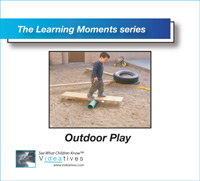